Notice: Trying to access array offset on value of type bool in /home/naija/public_html/wp-content/themes/videopro/inc/megamenu/megamenu.php on line 725
 D'Banj Rescues Female Fan About To Be Assaulted And Fans Turn On Him [Full Video] - NAIJA FM UNCUT

I Am A Natural Woman Ex BBNaija Uriel Replies Fans. Wow How Matured

This Frank Donga’s Rap Should Be Made NASS Anthem. Epic

Some Facts About Paul Walker For All Fans And Lovers. This Video Will Make You Cry And Even Love Him More

When Actress Rita Dominic Gets In The Mood. Wawuu 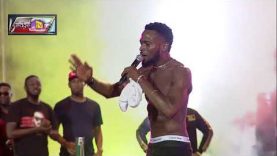 D’Banj rescues female fan about to be assaulted while he performs on stage and fans turns on him, throwing water bottles and other things at him. Then he goes on with his performance like nothing happened and eventually breaks through to the fans again. Isn’t this heroic? I think this is an act of bravery and I love it.

When Your Boyfriend Is A Last Born

5 Year Old Girl Does 100 Backflips in a Minute

Epic Video of a Boxing Knockout, The Commentator Makes it Funnier😂😂

Guy Gives Girl Heartbreak After They Dated For 7 Years