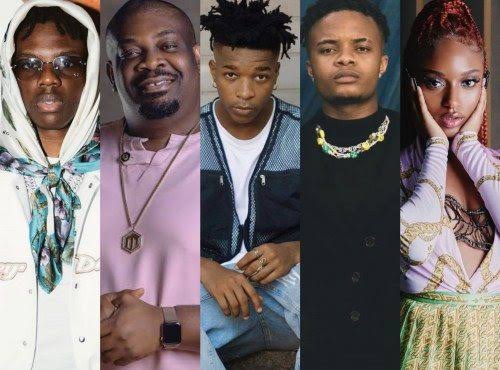 Mavin Records unleashes the official music video of their stunning record named, Overdose, performed by Crayon, Ayra Starr, Ladipoe, Magixx and Boy Spyce. It was in the year 2022 that this amazing song was unveiled, for public consumption.

Overdose is a must-listen soundtrack. Crayon, Ayra Starr, Ladipoe, Magixx and Boy Spyce showcase their individual talents, without anyone overpowering the other. London and Ozedikus were the masterminds behind the production of this song.

Finally, this colourful music video for this record, Overdose, was filmed by Director K (DK) for a Priorgold Pictures. Kindly watch and also share with other music lovers out there.