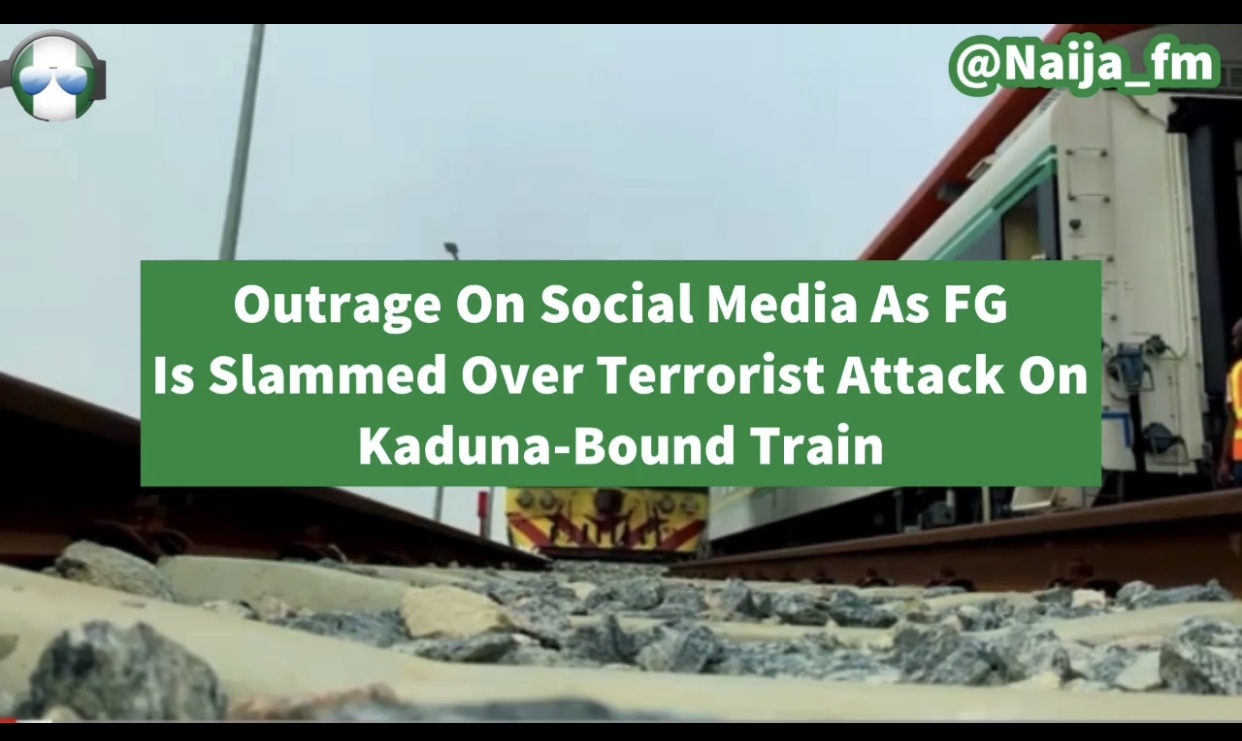 TRAIN ATTACK – The latest which is causing outrage on social media is the bomb attack on Monday night by bandits on a train travelling from Abuja to Kaduna with about 1,000 people on board.

As earlier reported that bandit terrorists on Monday planted explosives on the rail track around Katari, Kaduna State which saw a Kaduna-bound train derail.

It was gathered that the train which took off around 6 pm from the Idu train station at the Federal Capita territory in Abuja on Monday hit an explosive device about 30 minutes to Rigasa train station in Kaduna.

See how judgement day would be for Nigerians (Zicsaloma Comedy)