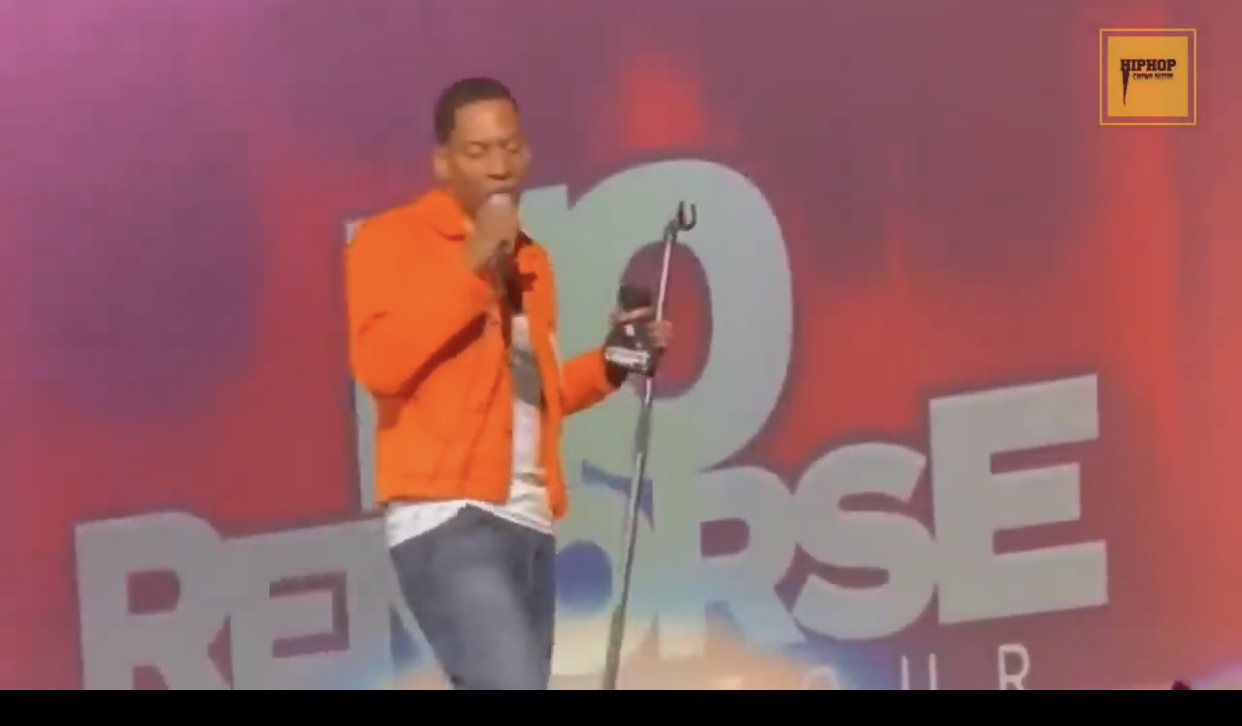 Tony Rock recently took the stage at his own comedy show and opened with a warning. In video footage obtained, Tony’s projected on a video board and he can be seen saying, “If you think you gonna walk up on this stage, this ain’t the motherf**ing Oscars.” He later added, “And if you walk your ass up here, you ain’t nominated for s**t but these motherf***ing hands. Oh, we going to pop the rest of the year. Every time you see me do a show, pop!”