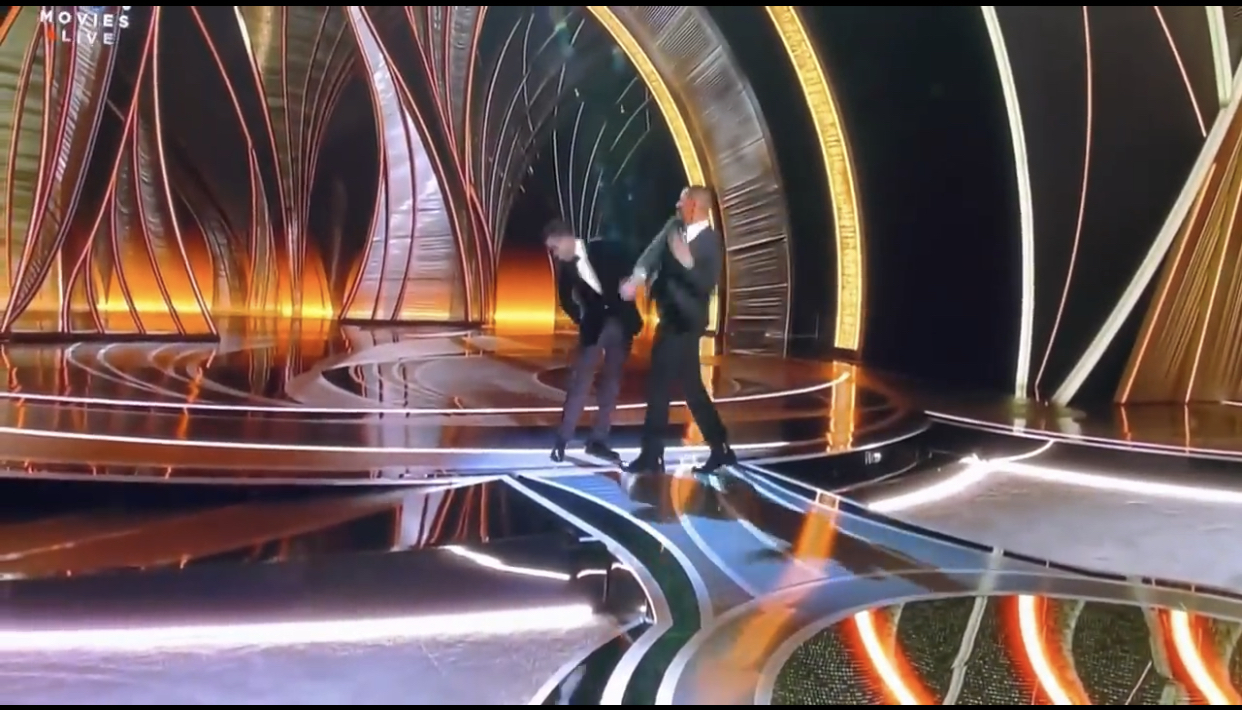 Rock, presenting the best documentary prize with a short comedy routine, had cracked a joke comparing Will smith’s wife,Jada Pinkett Smith’s tightly cropped hair to Demi Moore’s appearance in the film “G.I. Jane” and suggested she appear in a sequel.

In a moment that triggered awkward silence and confusion in the Dolby Theatre, Smith strode up to Rock and slapped him, before returning to his seat alongside Jada and shouting profanities.

“Keep my wife’s name out of your f**king mouth,” yelled Smith, forcing the producers to bleep out several seconds of audio from the televised broadcast in the United States.