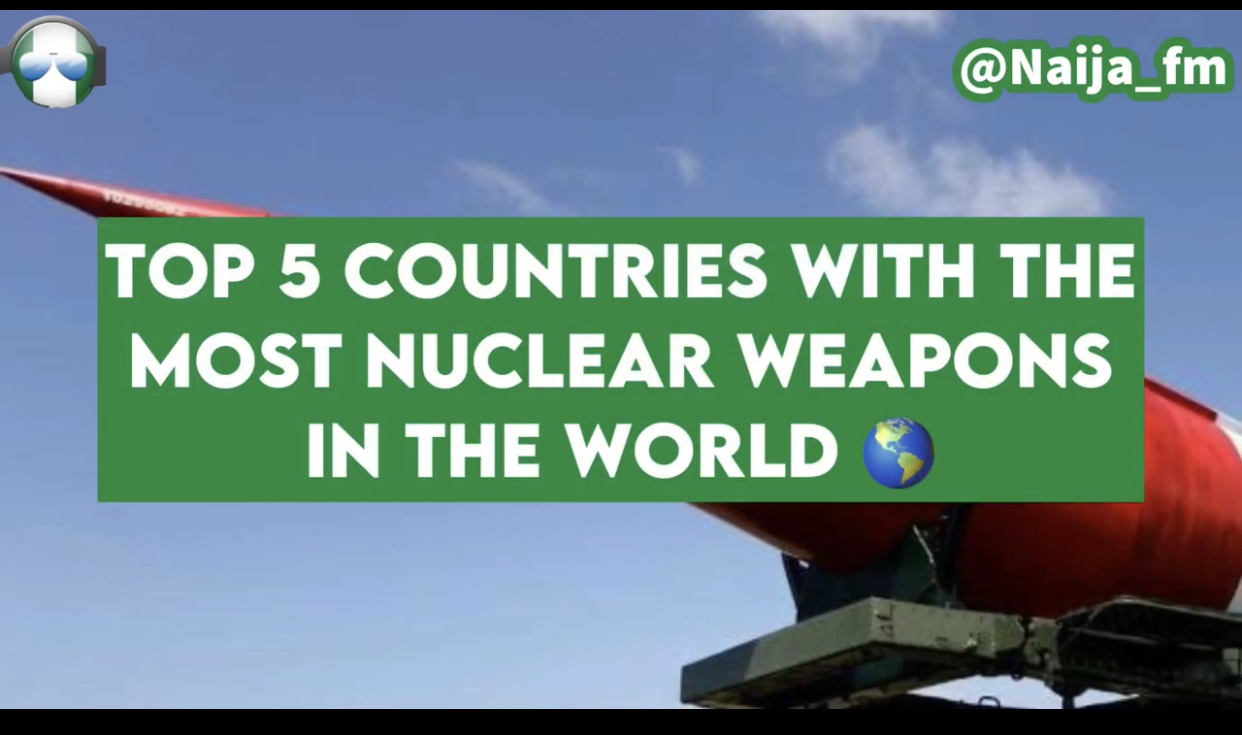 See the top 5 Countries With The Most Nuclear Weapon(s) In The World!!!

See the top 5 Countries With The Most Nuclear Weapon(s)

A nuclear weapon is an explosive device that derives its destructive force from nuclear fission, nuclear fusion, or a combination of the two. NW are alternately called atom bombs, atomic bombs, A-bombs, nuclear bombs, nuclear warheads, or simply nukes. All NW fit into one of two broad categories: fission and combination weapons, or the even-more-destructive fusion-based designs, which are technically thermonuclear weapons and may also be referred to as thermonuclear bombs, fusion weapons, hydrogen bombs, or H-bombs.

NW unleash enormous amounts of explosive force, which is measured in kilotons (1,000 tons of TNT) and megatons (1,000,000 tons of TNT), as well as heat and radiation. They are easily the most fearsome weapons on Earth, capable of producing more death, destruction, injury, and sickness than any other weapon.
Cc: Utube @Naija Fm

SEE THE 10 MOST POWERFUL GOALS IN FOOTBALL

See the worst animal parents on the animal kingdom